On account of inadequate regional healthcare facility at Assab, In January 2000, the Southern Red Sea regional Eritrean Defense Force (EDF) needed to construct a referral hospital facility for the region at the outskirt city of Assab.

The construction work incorporated ground plus one complex consists of an outpatient building (OPD) and a 200-beds healthcare facility center. Besides that, there were additional service buildings. The healthcare facility encompasses sectors such as obstetrics and gynecology, orthopedics, surgical theater, Internal medicine, dentistry or Odontology, and pediatrics. Based on the data attained from the design documents, the surface area of the construction site is about 124 m2. 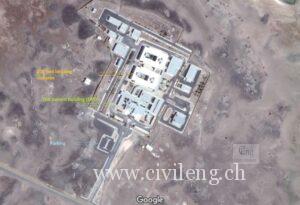 Given that the region was a wasteland and situated by the side of the Red Sea, the ground was composed of a substantial quantity of salt. For that reason, all of the footings were constructed with salt resisting cement (Sulphate resisting cement). In Assab, it is common to notice premises ruined by salt. The salt moves up via capillaries and degenerates the wall surface and the columns of the building. Eventually, the reinforcement bars be corroded and fail to bear the load. Due to this reason, the usage of salt resisting cement was absolutely necessary for the construction of the foundation.

After transferring the salient points to the ground using surveying instruments such as theodolite and surveying level, the batter boards and construction lines were set to get started the excavation. The excavation or dirt removal from the foundation area was done by a mechanical excavator. 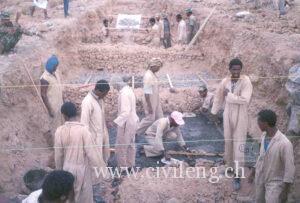 Mainly because the geological formation of the site was rocky and robust, the excavation depth did not actually need to be greater than 1.5 to 2m depth. The kind of the foundation utilized for the site was a Spread footing foundation with an individual foot size of around 120m*85cm and 45 cm depth. The girder beam and all the columns were cast in-situ.

Figures 3a, 3b, and 3c demonstrate foundation and columns placement at the Assab hospital construction site. 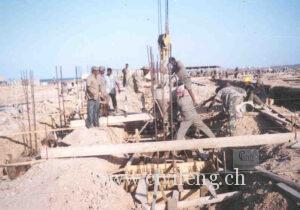 Figure 3a Constructing the foundation and columns of Assab referral hospital

The standard mortar mix employed was B25, and for the foundation, beam, and columns concrete mix implemented with identical mix ratio. Which is a mixed ratio of cement: sand: gravel of 1:2:4. Figure 4 shows concrete mixing machinery utilized at Assab hospital.

Standard Concrete mixing procedure was considered for this construction and the concrete pastes were inspected employing a fairly easy method known as the slump test technique. Examining the concrete mix consistency is essential simply because it assists to prevent the effect of excess water in the mortar or concrete mix. The presence of excessive water can damage the structures as it simply leaves cracks in the building as soon as the water evaporates. Later, this will likely bring deterioration to the reinforcement bar, eventually causing untimely failure. Hence, validating the concrete consistency is actually vital to avoid cracks in the building. Figure 5 shows the slump test procedure.

Figure 6a and 6b show the skeleton of the OPD

The Floors and the Roofs

The first floor is a 15 cm thick reinforced slab. It has got a terrace on the left corner of the building for outdoor lounging. The roofing has the same thickness,  15 cm concrete slab. Besides that, there exists a 50 cm parapet wall above the rooftop. Figure 7 shows the completed OPD building. 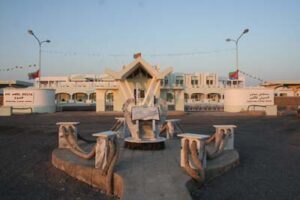 The Responsibilities of the Engineers

The primary tasks of the engineers were regulating the concrete mix, assisting the foremen interpreting drawings, guiding the reinforcement bars cutting, bending and positioning (Bar scheduling), transmitting the design from the paper to the ground, guiding the excavation, and supervising the construction in general.

Together with other pieces of machinery, there were concrete mixing machines both movable and stationed, vibrators, vehicles, and trucks, etc.

The number of skilled and non-skilled personals took part in the construction were the following, two trained engineers, a co-engineer/aide engineer, a technician, a carpenter foreman, a mason foreman, several carpenters, and masons. Furthermore, 100s of non-skilled laborers used to come regularly from another infantry brigade. Almost all participants in this particular project were giving service in the military except the four permanent members of the military (the patrons) who were employed and paid by the construction department of the defense force.

Cost of the Project

The cost of the project could be estimated based on the resources of both human and materials. Nevertheless, due to the unavailability of the original plan, and material records at hand,  it is difficult to estimate the cost at the moment.

We use cookies on our website to give you the most relevant experience by remembering your preferences and repeat visits. By clicking “Accept All”, you consent to the use of ALL the cookies. However, you may visit "Cookie Settings" to provide a controlled consent.
Cookie SettingsAccept All
Manage consent

This website uses cookies to improve your experience while you navigate through the website. Out of these, the cookies that are categorized as necessary are stored on your browser as they are essential for the working of basic functionalities of the website. We also use third-party cookies that help us analyze and understand how you use this website. These cookies will be stored in your browser only with your consent. You also have the option to opt-out of these cookies. But opting out of some of these cookies may affect your browsing experience.
Necessary Toujours activé
Necessary cookies are absolutely essential for the website to function properly. This category only includes cookies that ensures basic functionalities and security features of the website. These cookies do not store any personal information.
Non-necessary
Any cookies that may not be particularly necessary for the website to function and is used specifically to collect user personal data via analytics, ads, other embedded contents are termed as non-necessary cookies. It is mandatory to procure user consent prior to running these cookies on your website.
Enregistrer & appliquer

This function has been disabled for Group H&S